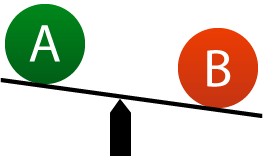 A/B testing (also known as split testing) is a method of comparing two versions against each other to determine which one performs better. This is then used to analyze data & statistics to validate the campaign. Why is it called A/B testing and not A/F testing or even A/P testing?  How can one decide which message is better by performing only against one another

Every day I listen to marketing consultants  who call me to ask me if I am doing A/B testing to compare my subject lines, email marketing, or any campaign. Why are we taking the results from an A/B test and putting those results to an entire campaign. I personally would rather take many different variations to test my emails and subject lines and make a decision on what will give me the highest ROI after I see all the results. Just recently I used my email marketing platform and did what people call the A/B test. My results were “good”. However, on my own I signed up and did smaller batches with about 7 test subject lines and had one that performed 11% greater . Do you get the point? Test many possible scenarios and stop listening to people who say make sure you do A/B testing.

Why you should do an A/F test

A/F testing allows individuals and companies to make needed changes to their user experience while collecting tons of data at the same time.  This will allow you to have a sample size that will allow you to learn more about your customers and prospects. Also, your team may be proven wrong when they see what actually got the highest click through rate and even might be surprised.

How to perform an A/F TEST

I dare you go try both an A/B test and an A/F test and let me know which one provides you the best results. I would love to hear your comments and thoughts. 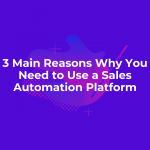 We’re living in an era where entrepreneurship is the best choice for people who refuse to be limited by the nine-to-five schedule and who believe in the power of ideas. Small businesses and startups have been flourishing for quite some time, and we’ve had a chance to identify what their main problems and pain points…